Duelling composers: Bloch vs Clarke - which one is better?

This event has already occurred 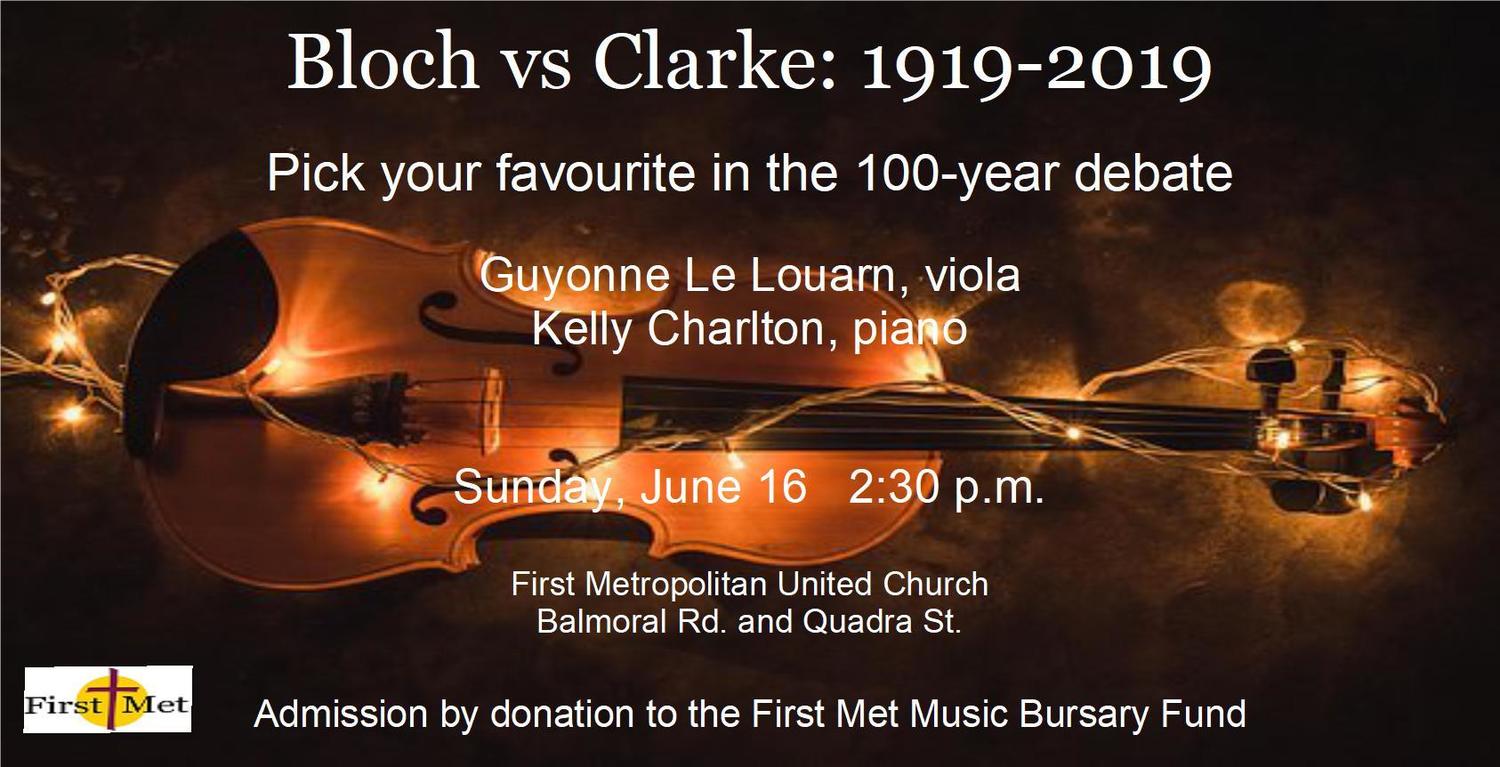 Down through the years there has always been debate as to which was the better composition - so we'll ask the audience to pick their favourite using coloured paper voting slips in the program. Admission by donation (suggested $15-20).

The First Met bursary program gives music students an opportunity to engage in the church community and develop their skills in a mutually supportive environment while defraying some of the costs of their music education. The choir benefits by gaining some new young voices that complement and challenge the technical skills of the choir members. Bursarians also enjoy the opportunity to work with guest musicians from across the musical spectrum.

The duel: Bloch and Clarke entered their pieces in a New York competition in 1919 and tied for first place in a field of 72. In a controversial decision, Bloch was declared the winner by the competition's sponsor, a noted patron of the arts. The debate has been going on ever since.