Mourning the Loss of the Muslim Family in London, ON

We pray for peace among all peoples; God, hear our prayer. 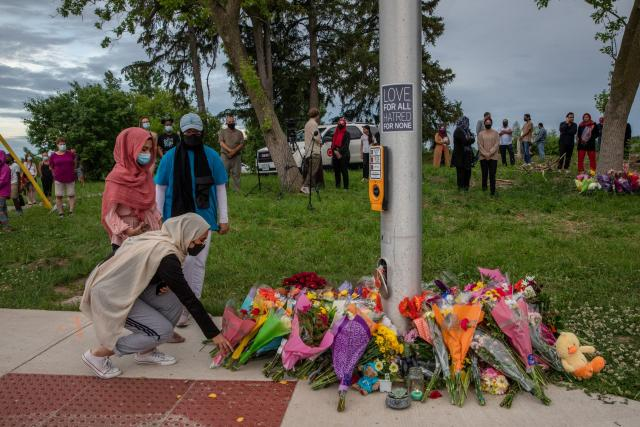 The United Church of Canada strongly condemns the horrific hate-filled attack that killed three generations of a Muslim family in London, Ontario on Sunday, June 6. We mourn with the community from this tragic loss.

Yumna Afzaal, 15, Madiha Salman, 44, Talat Afzaal, 74, and Salman Afzaal, 46, were out for an evening walk when they were run over by a man who police say was motivated by anti-Muslim hate. The youngest member of the family, Fayez, 9, survived.

In his letter to the Romans, the apostle Paul writes: “[R]ejoice with those who rejoice, weep with those who weep. Live in harmony with one another” (Romans 12:15‒16a).

The United Church reaffirms its commitment to anti-racism, to engaging in interfaith dialogue, and to speaking out against violence and discrimination rooted in racial superiority, including Islamophobia.