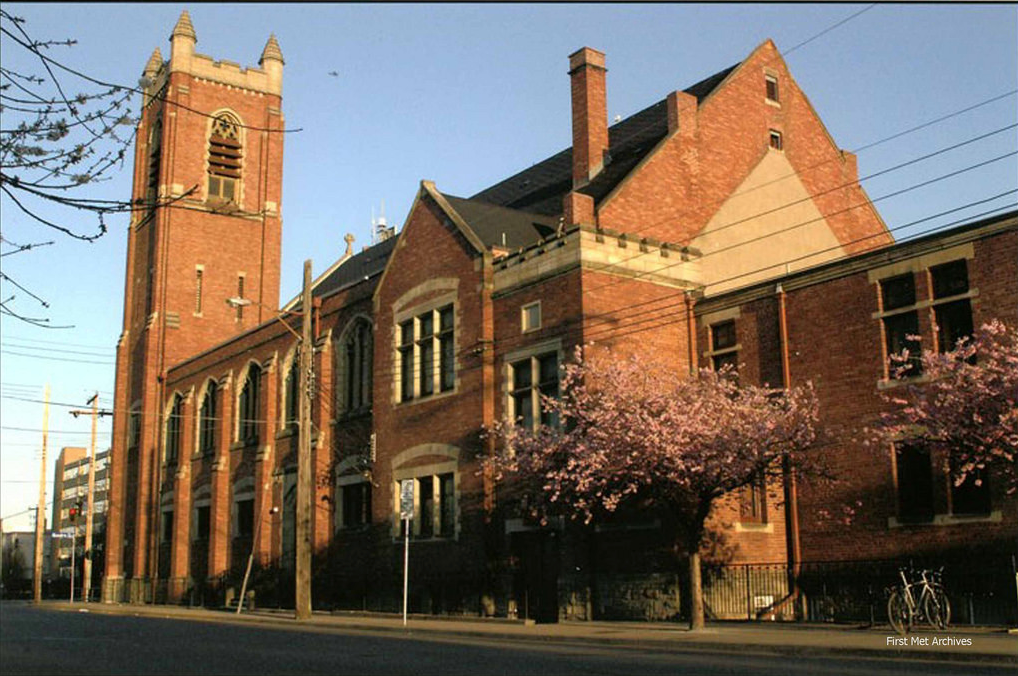 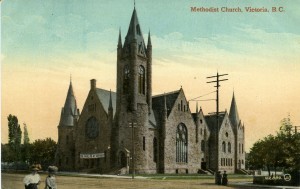 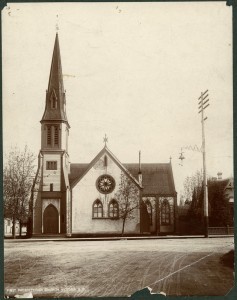 The United Church of Canada was founded in 1925, uniting Methodist, Congregationalist and some Presbyterian churches. The union was at the forefront of the ecumenical movement in Canada and 300 years of mission and service came together with a ripple effect that went out around the world.

As strong winds of change have blown through society at the beginning of the 21st century, so the Spirit today encourages us to become a fresh and vital community of Christ at the heart of Victoria.

With amalgamation, the First United Church building, constructed in 1913, became the home of the new First Metropolitan United Church. First Met's building was the second church built by the congregation of First Presbyterian, whose first home from 1863 to 1913 was located at the corner of Pandora and Blanshard.

With amalgamation, the Metropolitan United Church building was sold to the Victoria Conservatory of Music. Constructed in 1891 at Pandora and Quadra, it had succeeded the original church, Pandora Avenue Methodist Church, which sat on the corner of Pandora and Broad Street from 1859 until 1891.

The Archives and Heritage Committee manages the church's collection of archival records and artifacts and its Heritage Room, located just off the narthex inside the main entrance to the Sanctuary. First Metropolitan maintains an on-site Archives that preserves records of its founding churches and the current church. The three main archival collections in the First Met Archives are:

The First Met Archives and Heritage Committee gratefully acknowledges the generous financial support of the Irving K. Barber Learning Centre, University of British Columbia, for an exciting project under the British Columbia History Digitization Program. The First Metropolitan United Church Historic Photographs Digitization Project 2015 involved digital scanning and description of selected images from the archival collection. The photographs are available to the public via Flickr.com, a photograph hosting and sharing service.
First Met Archives is a member of the Archives Association of British Columbia and contributes to MemoryBC, the provincial archival database. Go to Victoria Civic Heritage Trust to learn more about Heritage Churches in Victoria.